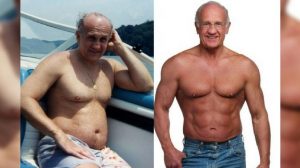 According to the Australian Institute of Health and Welfare, ” in 2018, just under half of Australia’s population—49%, or 12.4 million people—were male.

On average, Australian males experience different health outcomes to Australian females. They are more likely than females to engage in risky health behaviours and to die prematurely. They are also more likely to be homeless or in custody. Compared with females, males experienced more of their total disease burden due to dying early from disease and injury than from living with disease.”