Seeds in the Mind — by Steve Biddulph 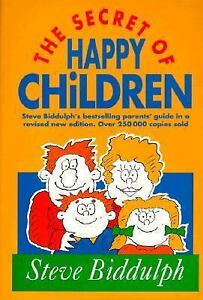 (The following is an excerpt from Steve Biddulph’s excellent book, The Secret of Happy Children.)

You hypnotize your children every day. You may as well do it properly!

“It’s 9:00 o’clock at night and I’m sitting in my office with a tearful fifteen-year-old girl. She wears make-up and is dressed in fashionable, older-than-her-years clothes, but the effect is only to make her look more helpless and childlike. We are talking about the fact that she is pregnant and what can be done about it.

This is familiar ground for me, and for anyone who works with teenagers. It doesn’t mean, though, that it can be hurried. What matters is that, for the young woman sitting in front of me, this is the worst day of her life and she needs all the support, time and clarity, that I can muster. Above all, she must make her own right decision.

I aks about her parents’ likely reaction — when they find out. She almost spits out the answer. “Oh, they’ll say they told me so. They always I’d never amount to nuthin’!”

Later, as I drove home, that one sentence stays in my mind. “They always said I’d never amount to nothing.” I’ve often heard parents talk to kids like that.

“You’ll be sorry. Just you see”

You’re crazy, do you hear?”

This is the kind of programming that many youngsters grow up with; it is passed on unthinkingly by stressed-out parents and continues as a kind of family curse down the generations. It’s called a self-fulfilling prophecy because saying it often enough makes it come true. Children, with their brilliant, perceptive ways, will usually live up to our expectations!

These are extreme examples, which we’d all recognise at once as destructive. Most negative programming, however, is much more subtle. Observe children playing in a vacant block, climbing trees, “you’ll fall! Watch out! You’ll slip” cries the voice of their anxious mother from over the fence.

The half-drunk father ends a half-hearted argument with his wife, who goes off in a ‘huff’ to buy some cigarettes. “There y’are son, never trust a woman. They’ll just use y’ up.’ The seven-year-old looks up solemnly and nods. “Yes, Dad.”

And, in a million living rooms and kitchens:

“You silly idiot, stop that”

This kind of talk doesn’t just make a child feel bad momentarily. Put-downs also have a hypnotic effect and act unconsciously, like seeds in the minds, seeds which will grow and shape the child’s self-image, eventually becoming part of their personality.”

Do you recognise parts of this story in your own life?

Raising children with encouragement is one of the most important influences in parenting.